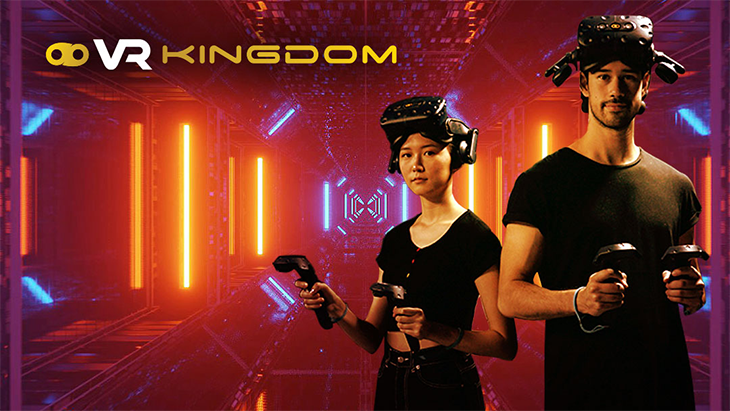 VR Escape Rooms:
Whether you're after adventure or sci-fi, you can escape reality in one of four escape rooms for up to an hour of fun! Beyond Medusa's Gate will transport you to ancient Greece.  Huxley II will take you on a journey to the centre of energy. You can also escape from the lost pyramid of Nebka or to Huxley in 3007 AD to a world where humans are replaced by machines.

Get ready for a game of Safe Night or Shmooter for up to four friends.

Fight against your friends in either “everyone for themselves” or in a “team vs team” mode in the 4 player PVP shooting game Shmooter. With full-body tracking, haptic vests and high-quality graphics this game takes VR PVP shooting games to a whole other level.

Safe Night is set in 2041. The world has been in ruins for several years after the nuclear war. Radiation has affected all living creatures, turning those who survived into irradiated and mutating monsters. Only some people have not been affected - including you!

These games are for those aged 17 years and above and prices start from $49.00.

VR Arcade Games:
For those with younger kids, there is Snow Slingers VR, Creed Rise of Glory and Angry Birds VR Isle Of Pigs is suitable for kids aged 6+. and priced from $25.00. There are also other games for the 12+ and 17+ age group all starting from $25.00.

Location:
VR Kingdom is located at 418 Gardeners Rd, Rosebery.  They are located about 4.9 KM from central station. There is free street parking nearby. The closest station is Mascot, which is only a 17 minute walk (1.3km). The other station is Greensquare, which is 24 minutes walk (1.9km)